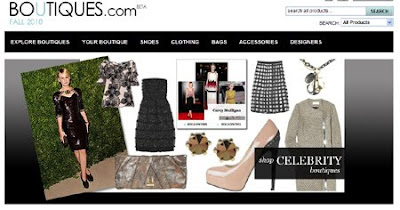 It is the behemoth virtual shopping centre to end all shopping centres – and it’s open 24 hours a day. This month, just in time for the Christmas rush, internet commerce is sashaying forward with two new ventures in fashion that could change the way women – and the occasional man – buy their clothes online.

Essentially a huge web mall full of individual stores, but with the benefits of search engine technology attached, it allows people to look for clothes by genre, silhouette, pattern, shape and size. Consumers will, say the creators, be able to run their own personalised boutiques by drawing up lists of their preferences, following celebrities and designers, and by teaming up with “taste-makers”.

Throwing their slight weight behind the new site, which will, Google promises, eventually be brought to the UK, are style-savvy celebrities including Kelly Osbourne, Iman, Ashlee Simpson and Alexa Chung, who attended the launch party on Wednesday.

So far the star whose style is being most closely scrutinised by Americans is British actress Carey Mulligan who “curates” a boutique on the site alongside other names including Anna Paquin, Ashley Olsen, Nicole Richie and Sarah Michelle Gellar.

The team behind the venture says that boutiques.com is a commercial attempt to create a kind of order for women who feel overwhelmed by the huge amount of choice they are given both on the high street and by the average fashion e-tailer. These consumers, goes the logic, want to buy clothes that they know to be fashionable, and celebrities have long proved themselves more influential in leading the trends than designers and models.

For those who are unsure about creating their own style, boutiques.com will throw out recommendations and match up outfits. It will also remember if you hate polka dots or balk at pleats and test you out with various images and outfits to get a measure of your taste. 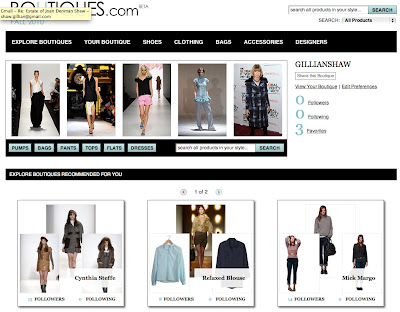 Features on the site include filters as well as visual searches, which analyse the photograph of a clothing item and then return similar items. Consumers can also pull up outfit ideas to the right of the search results, and you can complete looks using style rules, which suggest items that match.

For all its innovation, however, Google does not have the monopoly on internet fashion retail. Later this month the hugely successful, London-based fashion site Asos is expected to launch another new and different site aiming to shake up the way in which shoppers buy and sell clothes. Asos began its multimillion-pound business by featuring photographs of celebrities and then offering for sale similar but cheaper, or sometimes even the same, outfits with which young women could copy the “look”. 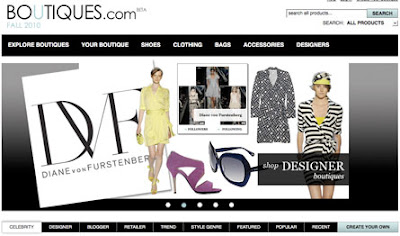